A sport made by females for females, netball is the most popular female sport within BUCS.

The netball competition is fiercely competitive, with over 400 teams competing in both leagues and knockouts.

Top teams battle it out for top position where the trophy and championship finals are played at BUCS Big Wednesday.

Team entries for many of our programmes opened on 5 May, with the timelines for these below:

BUCS and EY Netball is brought to you by our headline netball partner; global firm EY. EY’s own research shows that 94% of female leaders in C-suite positions have taken part in sport. As key diversity and inclusion champions, EY will provide BUCS students with greater access to their employability programmes, offering opportunities to be fast-tracked through their internships and graduate roles. To access their fast track, please follow this link, select the programme you want to apply for, select BUCS when asked are you a member of one of our partners and tick yes for fast track candidate. 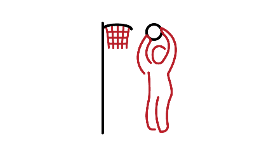