The Autumn Trophy will once again be contested at the Alyth Golf Club. The event is an individual stroke play competition over 54 holes.

Got a question about Golf?

Look at all the images from the day on the online gallery.
Results and stats from the event can be found at Golfbox.

A rare third successive day of sunshine at a student Tour event greeted the golfers who had made the cut for the final round of the Autumn Trophy at Alyth Golf Club.

With the men going out first, it was James Glenn who came from the second last group to turn a two shot deficit into a three stroke victory after a final round 67. The turnaround was underpinned with a bogey free front nine, three birdies sending him out in 31 and to a one stroke lead over Broun.

Despite an eagle 2 at the 12th, four bogeys over the closing nine holes for Broun meant that a level par return from Glenn was enough to give him a comfortable victory, defending his title from last year in exactly the same 54-hole score, 202.

Also making moves on the final day was Broun’s Stirling team mate, Rob Foley. Starting the day at level par, Foley had two eagles and two birdies, with only a double at 9 stopping him from a real challenge for the title. However, it was enough for a share of 3rdplace with David Hicks (St. Andrews) and overnight leader Jordon Sundborg (Stirling).

Foley and Broun’s performances helped put an exclamation mark on Stirling’s victory in the team competition, the team of Broun, Foley, Sundborg, and Jean de Wouters winning by 23 shots from St. Andrews.

Kirsten Brown started the day with a two stroke lead over Lorna McClymont and used steady, bogey-free golf to extend that lead to three at the turn. Birdies at 10 and 12 allowed McClymont to get back within 2 and a grandstand finish looked set. Unfortunately, bogeys followed on 13 and 14 which allowed Brown the luxury of two dropped shots in the final 4 holes on the way to victory by those two strokes.

A one under total of 212 for the tournament showed the consistently high level of golf she had produced over all three days and she was fully deserving of a first BUCS/SSS Tour victory.

In third place, St Andrew’s Megan Ashley was in a contest with herself – three early bogeys meaning she was too many back to fully challenge for the lead but also confident of staying ahead of those behind. Birdies at 10 and 12, before a double at 14 and bogey at 16, left Ashley to finish +7 for the tournament, six back from McClymont but 5 ahead of the chasing back.

Brown’s quality golf was enough for St. Andrew’s second team to upset their first team, Cassie Kneen and Rachel Maswi joining with Kirsten in taking the team competition by 2 strokes. 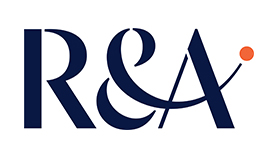